Wonderland was our 2019 Panto written by Perri Ann Barley, with additional script by Steven Clark.  It was Directed and Produced by Craig Barley and Choreographed by Devon Wells.  This was show number 7 and was another huge success - with 2 extra performances this year, including a Saturday matinee, it saw almost 200 more people coming along to see us.  Initial costings show that we have been able to make a profit of £3000 (400 of which is from our Play 'Teechers' in June 2018) and was divided between our 2 chosen charities - Motor Neurone Disease Association York and York Against Cancer. 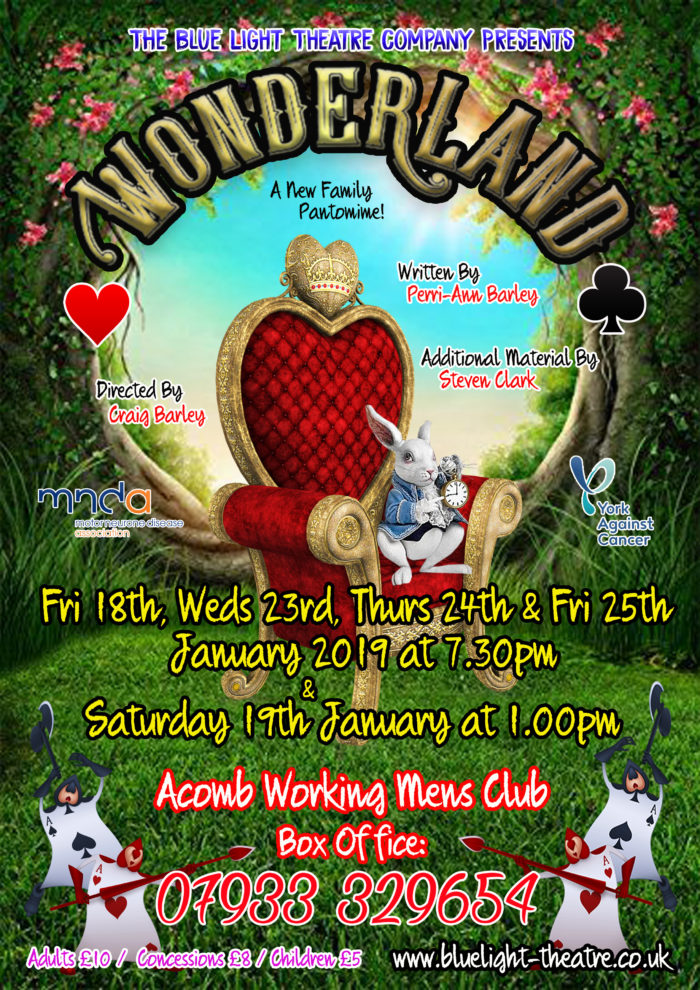