The Blue Light Theatre Company is a talented and friendly group with a mixture of Ambulance staff and performers from the York area.

Every year they volunteer their time, services and skills in order to put on humorous and enjoyable performances of old and new stories which usually ends up in popcorn-spitting laughter for our audience and actors alike!

Perri works as a Dispatcher in the YAS Emergency Operations Centre in York. She has been involved in Theatre for many years, performing many major roles such as ‘Fanny Brice’ in ‘Funny Girl’, ‘Carrie Pipperidge’ in ‘Carousel’, ‘Tuptim’ and 'Lady Thiang' (1998 & 2014) in the ‘King and I’, ‘The Wicked Witch’ in ‘The Wizard of Oz’, ‘Marion Paroo’ in ‘The Music Man’; 'Lottie Ames' in 'Mack and Mabel'; 'Mrs Smith' in 'Meet Me In St Louis', 'Anita' in 'Vincent River'; 'The White Witch' in 'The Lion, The Witch and the Wardrobe' and many more.

Perri also likes to dabble in Creative Writing and has written all the Pantos for The Blue Light Theatre Company so far; 'Snow White and the 5 Ailments'; 'Aladdin of Aagrahphobia'; 'The Fairytale of Hypochondria'; 'Oz-Mania'; 'Bean-Stalked' and our 2019 Panto - 'Wonderland'!

Putting our Pantos together is a lot of hard work but she loves every minute! 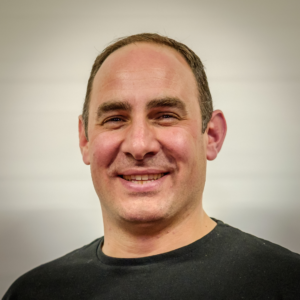 Craig, a Clinical Supervisor Paramedic with the Yorkshire Ambulance Service, has been involved in theatre in York for the past 30 years, performing in over 60 shows.

Directorial credits include: Funny Girl, The Music Man, Summer Songs, Return to the Forbidden Planet, Snow White & the 5 Aliments, Aladdin of Aagraphobia, The Fairytale of Hypochondria, Oz-Mania and 'Bean-Stalked!'.

Craig is delighted to be working with such a talented group. 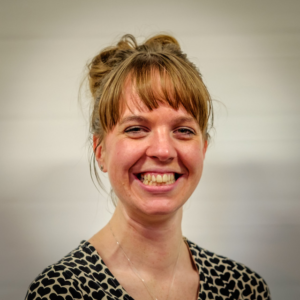 From the age of 3 Devon has been involved in Dance, beginning her training at Barbara Taylor School of Dance. In 2006 Devon began performing with New Earswick Musical Society.

Devon graduated from York St John College with a degree in Contemporary Dance and it was during this time that Devon was approached to choreograph a routine for the ‘Speak for Sally’ fundraising evening.  After this she couldn’t wait to be involved in all of our Panto productions; choreographing them all! Devon also performs on the stage performing many major roles. 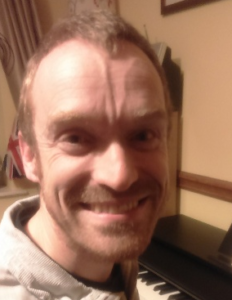 Dave has been a Lighting and Sound Designer on the York theatre scene for many years and is currently Stage Manager and part of the Production and Management Team for the Joseph Rowntree Theatre, having worked with Craig and Perri on many occasions.

​Dave lives in York with his family and is pleased to be able to continue helping The Blue Light Theatre Company in our productions for such worthwhile causes. 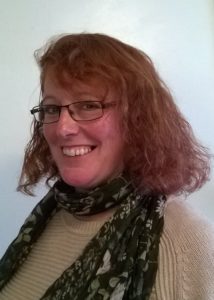 Christine joined the Blue Light Theatre Company alongside her husband, Mark, who is in the current show. Christine has always enjoyed sewing, having gained a grade A in the old fashioned O Level Needlework and was even Costume Manager and Assistant Stage Manager at the same time in a show.

Previous shows costumed by Christine have been; 3 mixed musicals revue shows, Robinson Crusoe panto, My Fair Lady and Jack and the Beanstalk for Tadcaster Theatre Company. Community theatre also includes costumes and make up for a show all in black and white, Shakespeare and church hall pantos on a minimum budget.

It was after assisting with a few shows for New Earswick Musicals, which starred Perri, that she was very quickly persuaded to help with costumes and then became our Wardrobe Mistress. Her proudest costume moment was designing and making the two Ascot Gavotte matching dresses for My Fair Lady.

Mark was introduced to the theatre by his dad as a baby he was taken to rehearsals and shows and was looked after by whoever was free while his dad was on stage. Mark soon caught the acting bug and joined his dad on stage at the age of 9.

Mark felt privileged to be asked to understudy the role of one of the two genie's in Aladdin of Aagrahphobia, and eventually took on the role, at short notice, as well as playing several other cameo roles. Mark has stayed with the company taking on many major roles but also 'off stage' as our Publicity Officer.

Nicky spent years being a Nanny in Hull and also spent some time living in the French Alps in a town called Chaminox. 10 years ago she decided to hang up her Mary Poppins bag and join the Ambulance Service as a dispatcher in the EOC; but she still finds time to be creative and 'crafting' has become a big part of her life.

Nicky offered her help with the first Panto and it was immediately obvious where her creative talents could be used.  After that first production she was persuaded to perform on the stage and every year grows in confidence.

Nicky also does a fantastic job collating and creating all those amazing Raffle prizes we have every year! 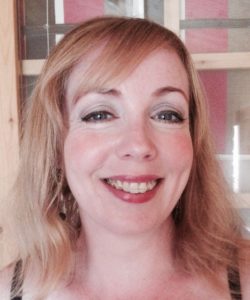 Lisa is an Art Teacher at Newlands School for Girls in Hull. She has a BA Hons Class 1 in Art and Design Technology and a PGCE in Primary Education. She has taught in both primary and secondary education for 15 years.

Despite having 3 lovely children to constantly distract her, Lisa works tirelessly designing and painting to create the fabulous scenery!

Jeff has been on stage and behind it for many years with his most celebrated role to date being ‘Drake’ in Annie. However it is in the scenery and props department where he excels. Along with his wife Lynda their teamwork has provided props for numerous shows in the York area and whenever anything needed making, he always delivered.

Jeff is delighted to be supporting such a worthwhile cause and has provided all the scenery for this performance. It was once said “Every home should have a Jeff” for his skills in making and fixing things - how right they are!

Sign up below and get the latest before anyone else

Fill in the form below to receive the latest information for shows and news.We will not share your information with any third party companies. Your privacy is important to us.

Whoops, you're not connected to Mailchimp. You need to enter a valid Mailchimp API key.